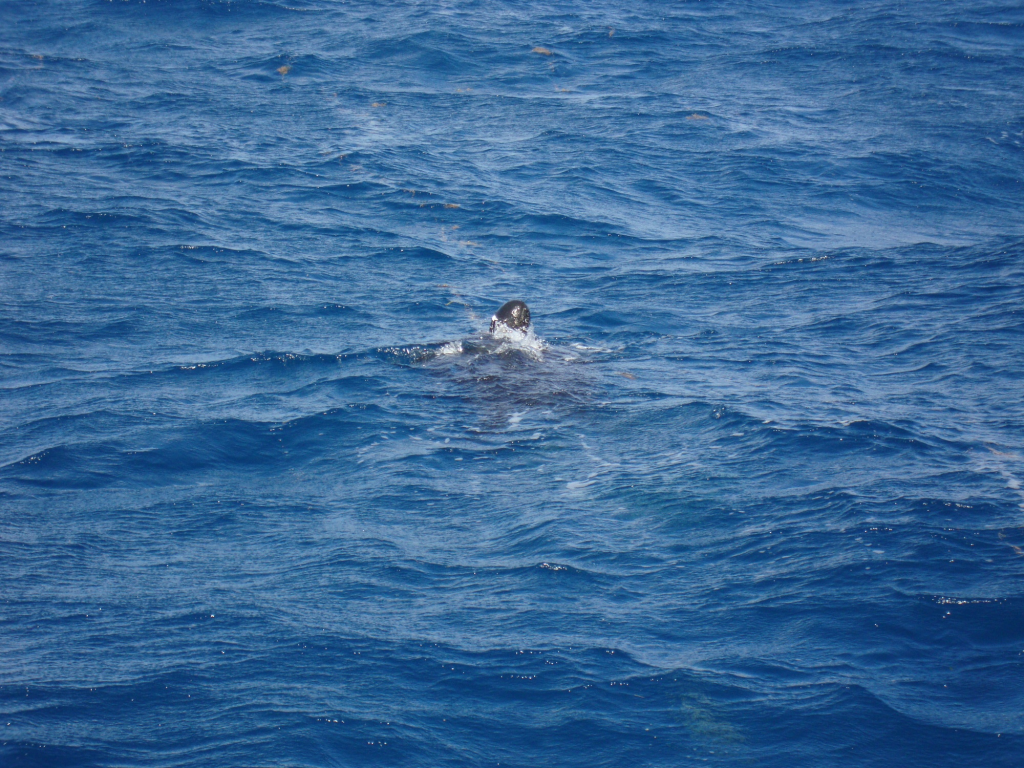 Last week The Turtle Hospital received a rare call; a leatherback entangled in lobster trap lines. The fishing vessel “Sailors Choice” (Capt. Joe Hall), had spotted the turtle floating about seven miles offshore of Key Largo, FL, and called in the report. Rehabilitation technician Gunnar Zollinger, and Sue Schaf of the FWC were dispatched from The Turtle Hospital to rendezvous with the boat when they got back to shore. After making their way to Key Largo, Gunnar and Sue boarded the vessel and began the seven mile ride to the last known location of the turtle. Upon arriving at the scene, they met the Coast Guard which had been dispatched to assist. It was definitely a leatherback that had a lobster trap line wrapped around its neck. They were able to secure the trap line to the fishing vessel and hold the leatherback in place while Gunnar boarded the Coast Guard boat, and began moving in closer. After attaching the trap line to the boat, the turtle rolled to one side, and partially untangled itself. By the time Gunnar and the Coast Guard got to the trap line buoy, the leatherback had completely freed itself and was nowhere to be seen. This was truly a happy ending to a situation that could have ended much worse. Excellent teamwork was exhibited by the FWC, The Coast Guard, The Turtle Hospital, and the wonderful crew of the Sailors Choice. It’s great to see how many people care for these amazing creatures and the lengths they go to help save their lives.