Here at the hospital we have learned that if we get one sick or injured loggerhead in we are going to get a whole mess of them in!  Last week this point was proven yet again when we had three loggerheads rescued in just 4 days! The first arrival was Pinetyme, a 80 lbs. loggerhead sea turtle found floating off No Name Key.  Pinetyme was spotted and named by a couple of Big Pine Key residents that were out surveying islands for mosquito control.  Sarah and John were egger to help when they spotted the turtle struggling on the surface and were even able to haul the 80 pounder onto their small boat! X-rays have shown a lot of gas in the intestines of the juvenile but no other injuries or problems.  Pinetyme should make a full recovery shortly!  We love our local turtle heroes! 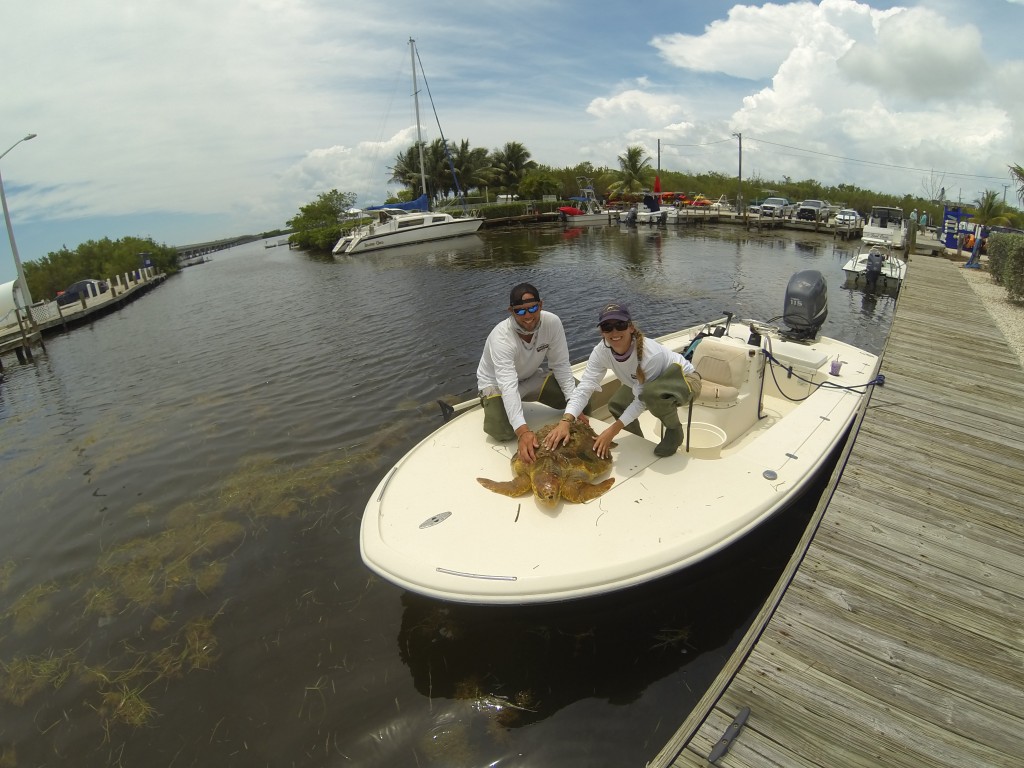 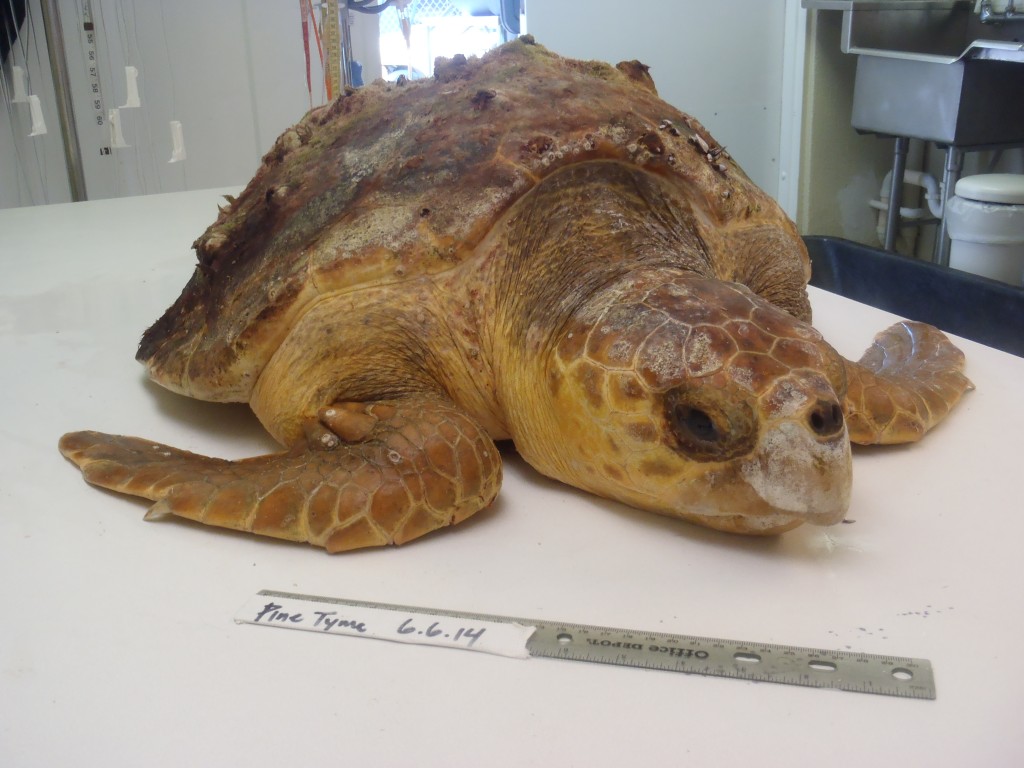 The next rescue came from Geiger Key and was just a little bit larger then PineTyme.  The call came from Erin and her daughter Ruby when they spotted a large turtle having issues diving down.  They gave the hospital a call and we were able to get in contact with FWC.  Erin knew there was no way she would be able to pull the 230 lbs. turtle to shore on her kayak so she was going to need all the help she could get!  Rehabber Matt made his way down to Geiger Key and was able to assist in the recovery of the turtle.  The turtle was still moving around a lot so it was difficult to net the turtle from the FWC boat. Luckily Erin stuck around to make sure this animal was able to be saved.  Erin and Matt were  able to net the turtle from the kayak and pull her to the FWC boat where officers waited to get the big girl on the boat!  Waffles, later named by Ruby, had an old boat strike and gas in her intestines from an impaction.  The prognosis for this turtle is good! 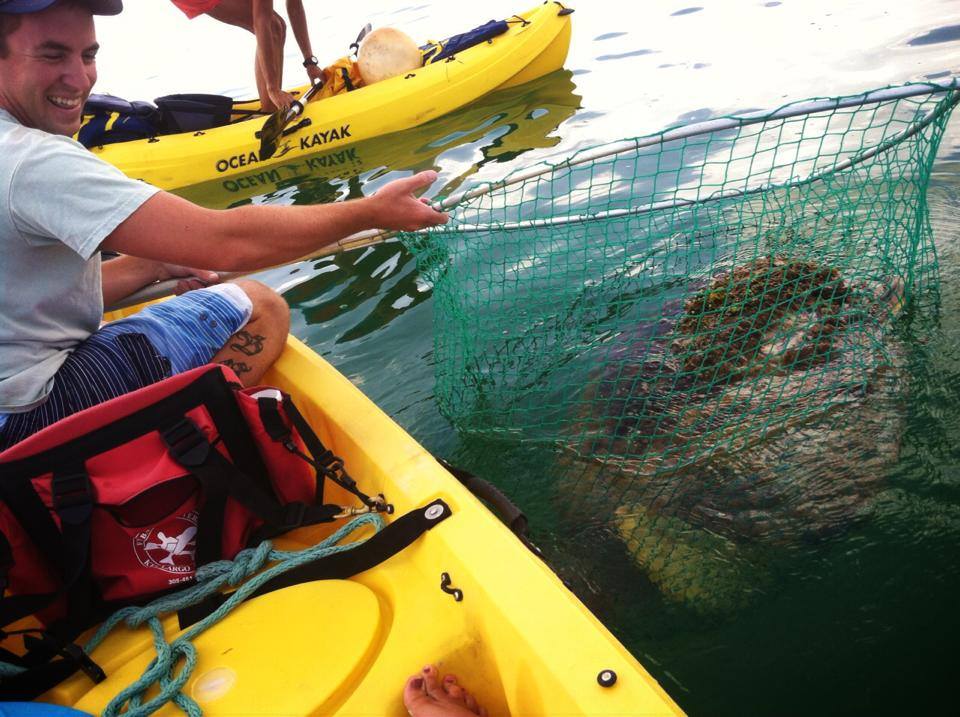 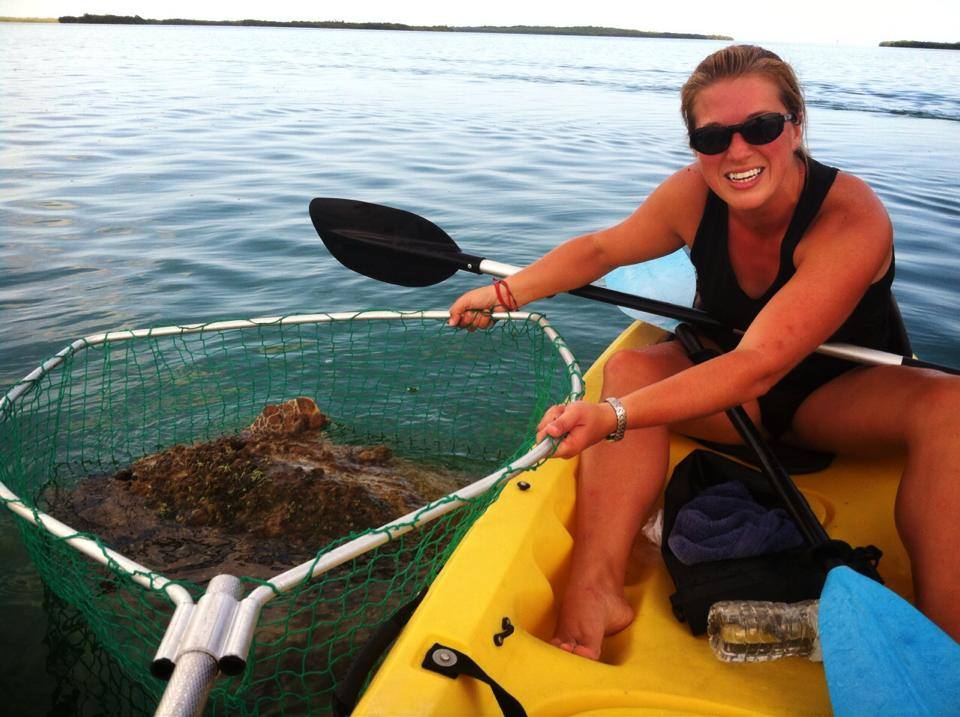 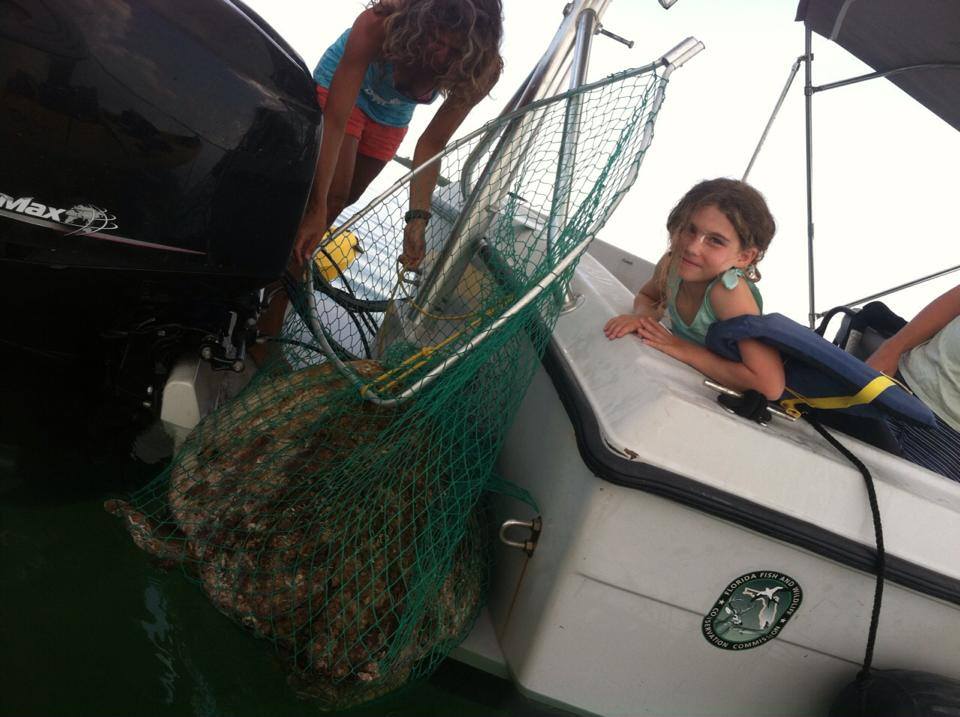 The last of the trio came to us from just a couple blocks away off of Vaca Cut in Marathon.  Joe was seen floating by a family out boating and enjoying their vacation down in the heart of the Florida Keys.  They thought it was unusual to see a sea turtle staying on the surface and not trying to get away as they took a closer look.  Once the family got close to the turtle they noticed a large gash across the back of his shell and even across his head! They gave us a call and we were able to instruct them on how to safely get the large turtle onto their boat which was not an easy feat due to the size of the 150 lbs. loggerhead!  Some how they were able to haul him up and bring him to safety! Joe is in critical condition and has a very long road ahead of him but staff remains optimistic for a recovery. 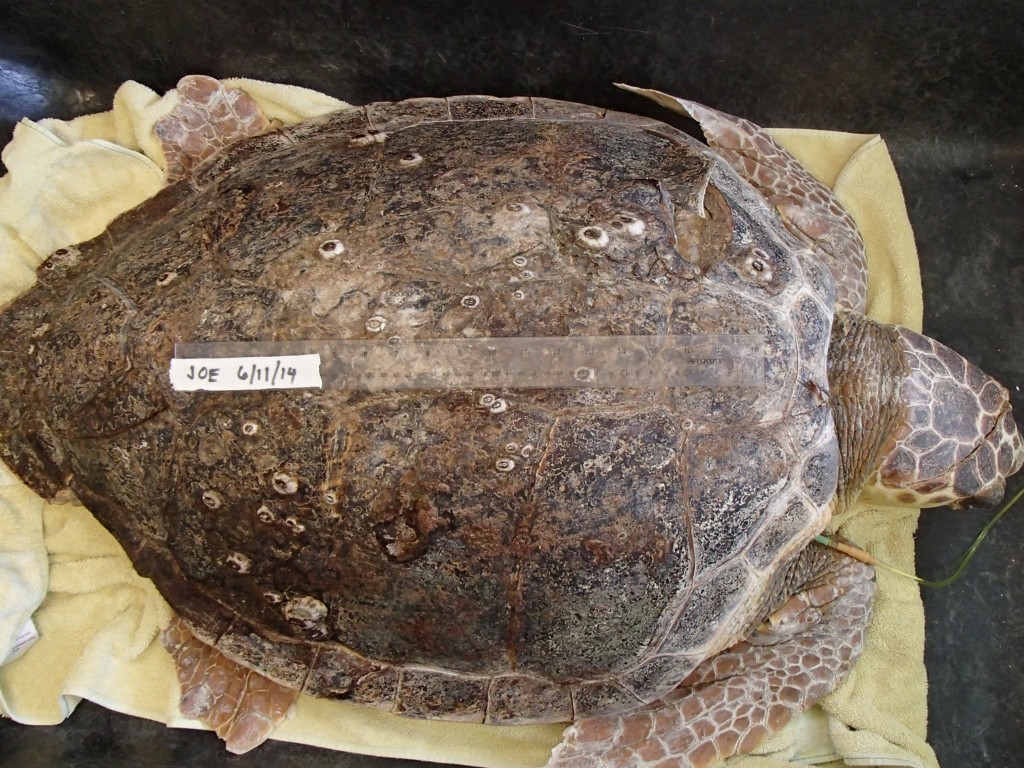 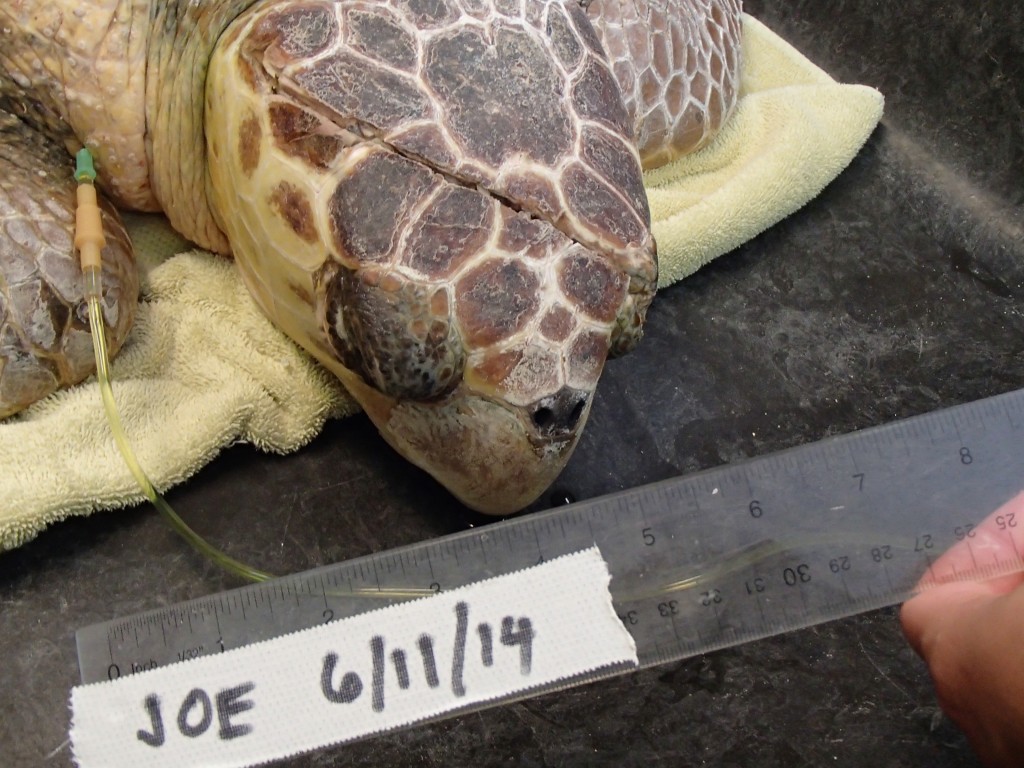