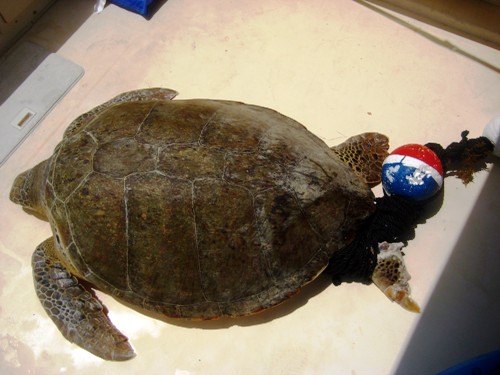 The Turtle Hospital recently rescued a nearly 300 pound adult female Green sea turtle. Concerned boaters called in to report a large sea turtle entangled in a Lobster trap line. During her struggle the rope continued to wrap tighter and tighter around her left rear flipper – nearly 15 times! With a lot of hard work, Maryna was safely brought on board, untangled and immediately transported to The Turtle Hospital.

Upon admittance staff was uncertain weither the flipper could be salvaged. As an adult female, Maryna would use her rear flippers to dig out a nest to lay her eggs in. Although it’s possible she could continue to nest with only one rear flipper, it would be much easier for her with both. Staff Veterinarian Dr. Doug Mader will be performing surgery on Thursday, August 26th to remove the severely damaged flipper.

Dr. Mader has since removed the damaged flipper. Sadly the entanglement was so severe that her rear flipper could not be saved. Happily sea turtles can thrive in the wild even missing a flipper and staff is certain Maryna will have a speedy recovery.

Maryna, an adult Green sea turtle, was recently returned to the wild with the help of Dr. Doug Mader, Ryan Butts, and Richie Moretti (pictured). The 250 pound female lost a rear flipper after getting entanged in fishing line off of Summerland Key. After being rescued by Turtle Hospital staff, local veterinarian Doug Mader had to amputate what remained of the damaged flipper. Dr. Mader has been donating his time to the Turtle Hospital for over 15 years. Maryna has made a remarkable recovery and was released after three months of rehabilitation. 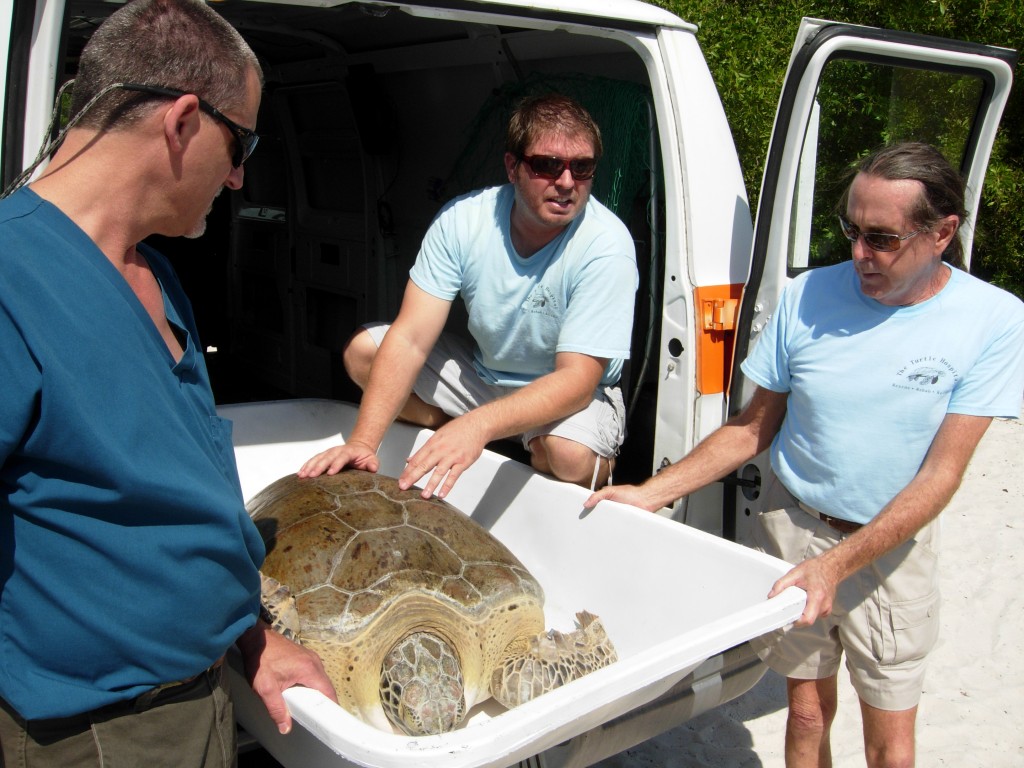