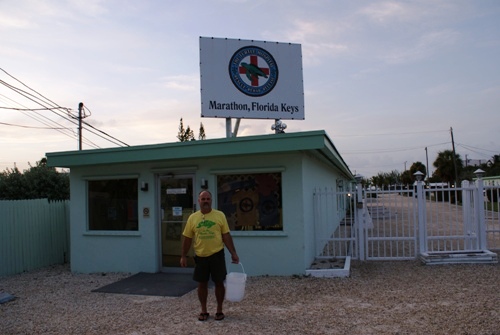 Harry, a Save-A-Turtle Volunteer who operates the Deer Run Bed & Breakfast, walks Long Beach everyday monitoring the beach for signs of sea turtle nests. Harry has been monitoring a few nests this season on Long Beach, and decided after a heavy rain to do an early evening walk to check on the unborn babies. To Harry’s surprise his walk was interrupted when the nest at the very end of the beach was surrounded by dead hatchling loggerhead sea turtles. As it turns out, fire ants had attacked the nest. Hatchling sea turtles have many predators, including ants! Ants, birds, crabs, cats, dogs, lizards, fish… you name it! Harry immediately began excavating the nest and was able to remove 11 survivors. 3 were released into the sea and 8 severely wounded hatchlings were brought to The Turtle Hospital. Currently, 6 of the 8 hatchling have survived, are eating well on their own and will be released in a few days into the Sargassum Weedline, 20 miles offshore. 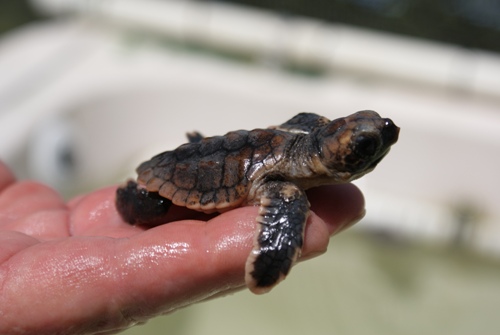