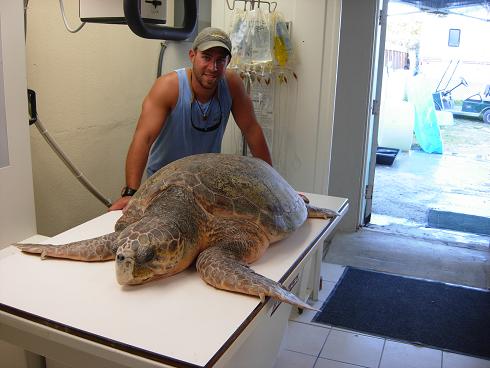 Pal, a 195 pound adult male Loggerhead, was rescued March 24th off of Sunshine Key. At first glance, Pal appears to be a very large healthy sea turtle. Once given an x-ray (see photo above) it was apparent that he was bloated internally with a minor impaction. The trapped gas in the intestines was causing this big boy to float at the surface! Once at The Turtle Hospital, Pal was fed squid soaked in vegetable oil which acts as a laxative and helps him safely and naturally pass any undigested food. After a few short days in treatment Pal began passing what appears to be seagrass and other large pieces of fecal matter. Once staff is certain the impaction has passed, Pal will be given an x-ray to confirm that his stomach and intestines are clear before release. Staff is hopeful that Pal’s stay at the hospital will be short. 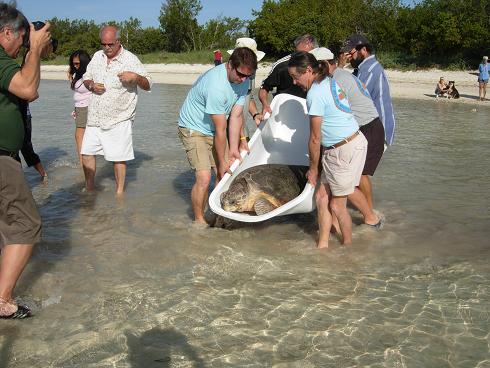 Pal was released yesterday in celebration of Earthday! Friends of The Turtle Hospital and the media were present to wish Pal farewell. For more on his story click the following link to CBS Channel 4 news: http://cbs4.com/local/sea.turtle.turtles.2.1650099.html?detectflash=false