Home  » Uncategorized » Smile for the Camera!

Smile for the Camera!

Last Sunday was a big day here at the Turtle Hospital.  Not only was one of our former patients Senor Fab getting released, but we were also fortunate enough to have a film crew from the BBC America channel filming for their upcoming show called “Florida Adventures”.  Their show plans to highlight different ecotourism attractions throughout the state of Florida from Miami clear down to the Florida Keys.  Highlights of the show will hopefully include flyovers of the Florida Keys and a segment on the hospital.  Over six hours of footage were recorded that day highlighting the everyday procedures that go on here at the hospital such as administering fluids, scrubbing turtles, feeding turtles, drawing blood, and shooting xrays.  At the end of their day the crew also attended Senor Fab’s release off of Sombero Beach which was very rewarding for all of us here at the hospital.  Stay tuned for possible release dates for this exciting up and coming show! 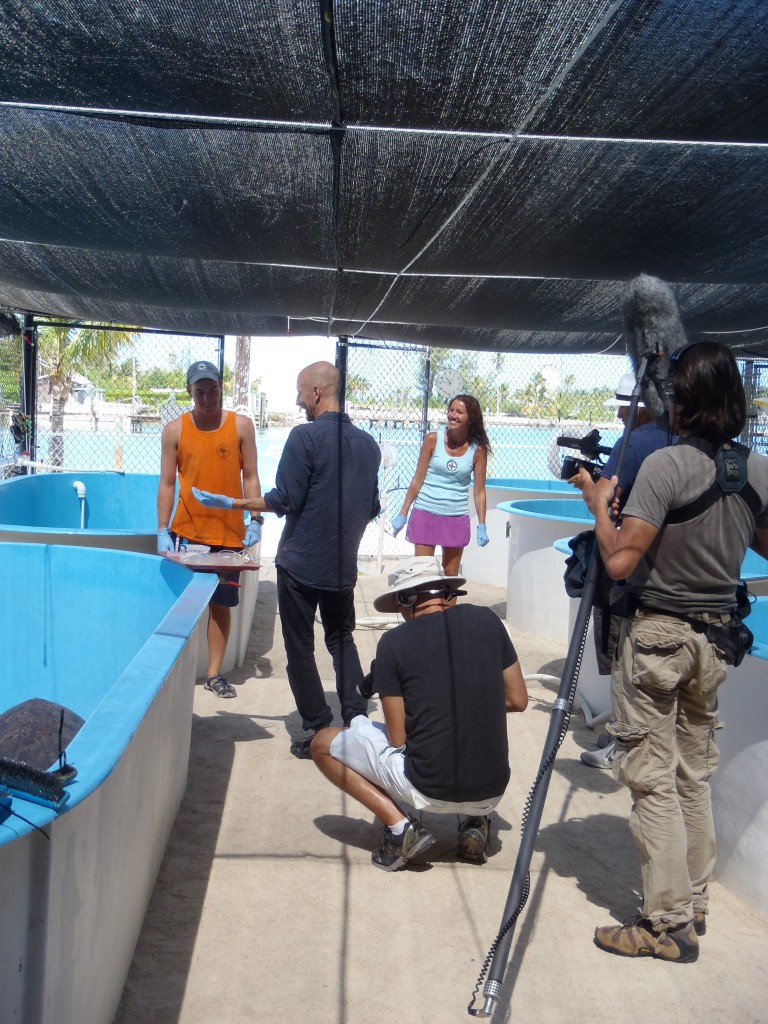 BBC America film crew getting in on the action