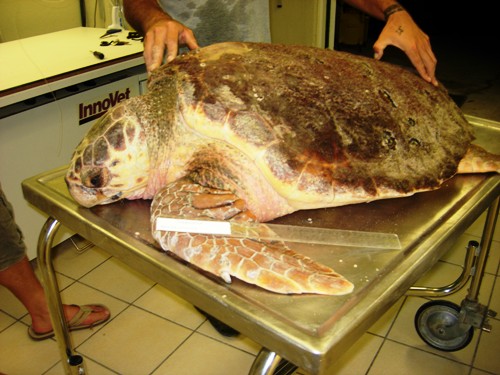 Cassandra, a sub adult Loggerhead, was rescued from the Outdoor Resort on Long Key, October 10th. She was entangled with fishing line that was tied to a dock. After the laborious task of recovering the 147 pound turtle from the water, she was immediately brought to The Turtle  Hospital. Preliminary examination revealed that there was a fishing hook in the left corner of her mouth, which was removed without incident. Luckily, the external entanglement caused little damage to her flippers. X-rays showed that she had accidentally swallowed an additional 5 hooks and possibly several feet of line! Turtle Hospital Staff now refer to Cassandra as our Tackle Box Turtle. 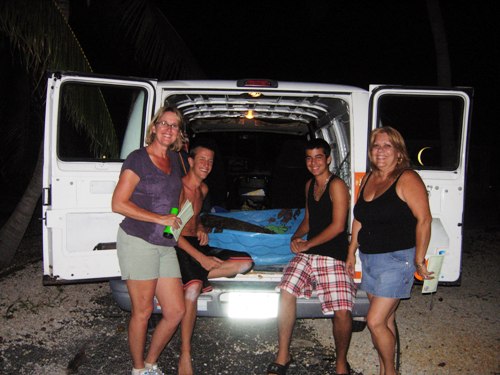 Dr. Doug Mader (Marathon Veterinarian Hospital) performed an emergency surgery to remove the hooks lodged in Cassandra’s esophagus. He made an incision on the underside of her neck in order to get into the esophagus, where he was able to extract 4 fishing hooks successfully! One of the hooks had 5 feet of stainless steel leader still attached! An additional hook fragment was removed from the shoulder and two hooks were removed from the mouth. Cassandra is recovering and is very alert and still very strong. Thanks to Dr. Doug Mader, she’ll be back in the ocean in no time! 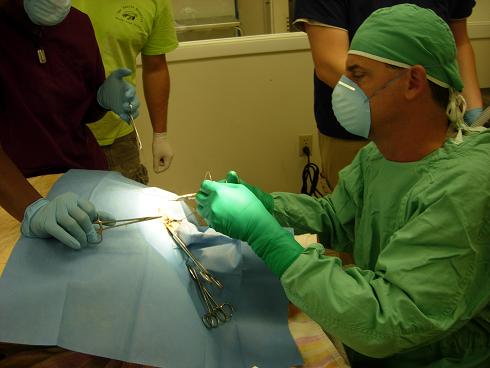 Cassandra was released from Higgs Beach in Key West on December 13th with well over 100 supporters to cheer her on! Post surgery, Cassandra was given antibiotics to prevent infection at her surgical site as well as laxatives. One hook remained lodged in her intestinal track. X-ray’s taken one month later confirmed that the suspected hook had passed. Once her stitches were removed it was time to return Cassandra to the ocean. This time, we hope she stays away from any “free meals” on the end of a fisherman’s line. 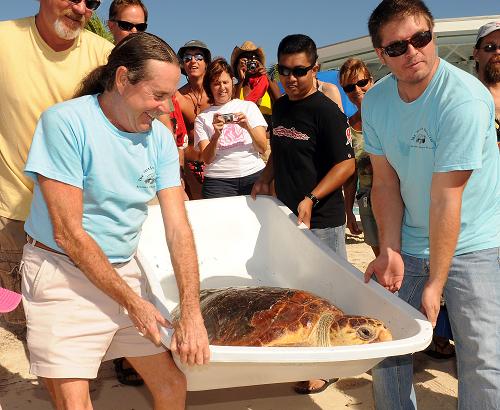 The best way to ensure that wildlife in not injured by fishing gear is to make sure all monofilament fishing line is properly disposed of. Improperly discarded fishing gear not only affects sea turtles but also manatees, dolphins, fish, and birds such as pelicans and cormorants. Every year thousands of these animals are fatally injured due to entanglement and ingestion of fishing gear debris. The Turtle Hospital asks everyone to do their park and pick up loose fishing line and place it into the white receptacles located on the end of every public beach and pier in the area to be recycled. Thank you for helping to protect sea turtles and Florida wildlife!