We’re Wrapped up in Sea Turtles!

Lobster season is in full swing here in the keys and with the increase in buoys and traps comes an increase in turtle entanglements.  In the last week the turtle hospital has released two large loggerheads that found themselves in a bit of a tie up.  Often times the loggerheads can be drawn to the captured lobster thinking someone nicely caught them dinner but instead of catching a free meal the turtle gets themselves caught on the buoy line.

The first call came from Marathon marina when the Bennett family noticed an estimated 200 lbs. loggerhead struggling near a buoy off the 7 mile bridge.  On closer examination James, Megan and Jenna noticed the turtle was tangled and unable to dive.  Thinking quick they made a mental note of the location and color of the buoy and jetted back to the marina to ask to call the turtle hospital.  When rehabber Caitlin arrived she jumped on the back of the jet ski and they drove right out to find the turtle again.  After a couple of minutes of driving around the turtle was once again spotted.  On evaluation the turtle did not seem to have been tangled very long and the flipper seemed to be in good shape so Caitlin jumped into the water and cut the turtle free.  The beautiful loggerhead swam off into the deep using the tangled flipper and surely feeling grateful the Bennett’s decided to take a trip to Marathon. 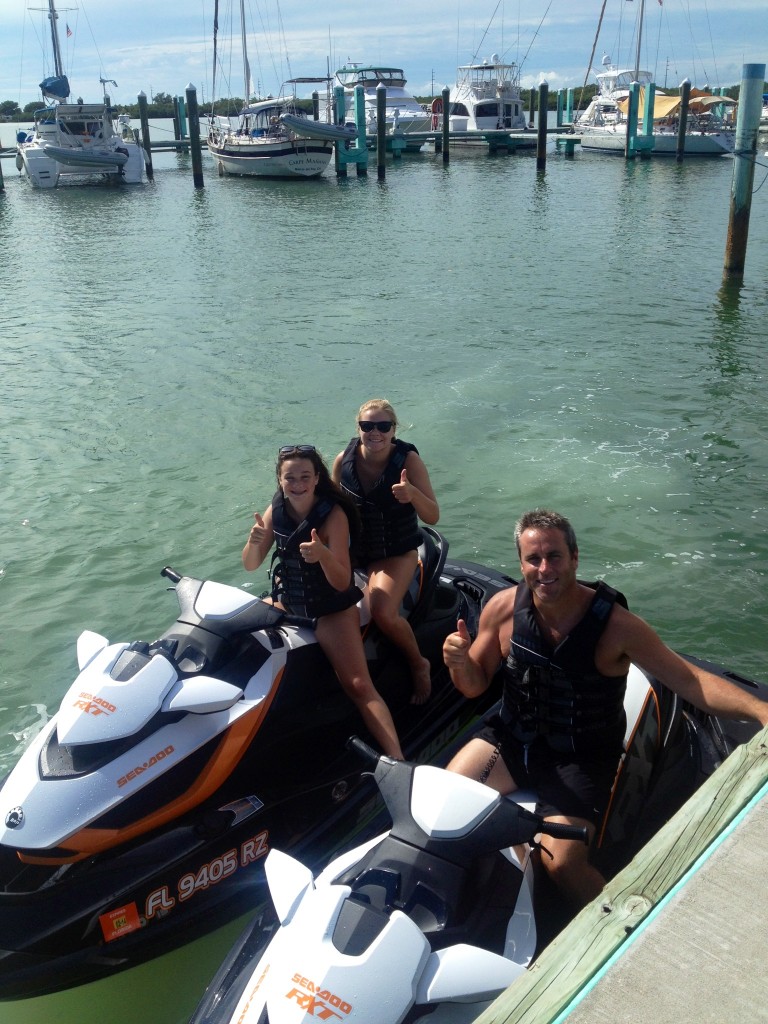 James, Megan and Jenna on their jet skis

The next call came from Yankee Freedom the Dry Tortugas ferry.  They had found a turtle with an entanglement between Key West and the Dry Tortugas.  The very next day Ritchie was able to go out on the ship with Eric Graindcourt and 150 passengers to release the turtle. On arrival Ritchie suited up with fins and a lifejacket to go in after the 100 lbs loggerhead but to his surprise with Eric’s help they were able to get the turtle right onto the ship! Once on the ship they could asses the damage to the flipper and confirm the turtle was fit for release.  The rope was cut and the turtle was off! 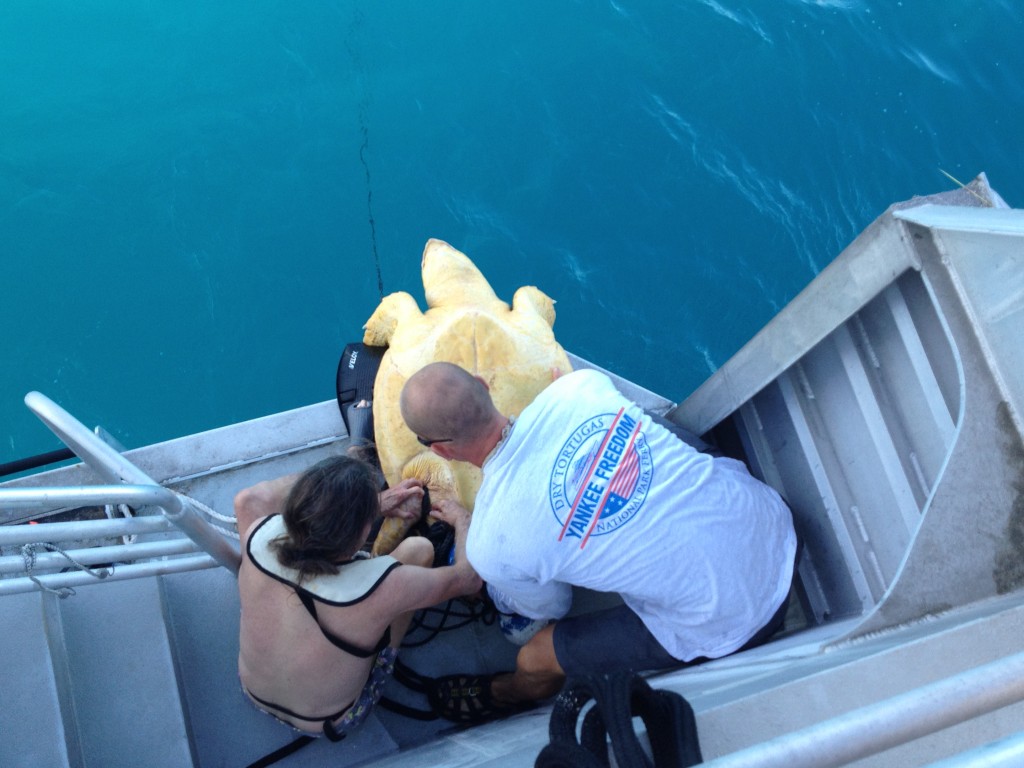 Ritchie and Eric assessing the flipper

The Turtle Hospital would like to thank our turtle heroes the Bennett family and everyone at Yankee Freedom for helping us preserve the sea turtle population!  With everyone’s help we can ensure these awesome creatures are around for many more generations to enjoy!