The Turtle Hospital would like to sincerely thank the nearly 100 supporters who came to Sombrero Beach on Sunday November 7th to say goodbye and good luck to Wilma and Trixie. These two Loggerhead sea turtles weighed nearly 200 pounds each and had spent time recoperating at The Turtle Hospital after suffering injuries which had sadly been caused by humans. Trixie had suffered a boat strike to her carapace nearly leaving her paralyzed and Wilma spent over a year in rehabilitation after ingesting several hooks and several feet of monofilament fishing line. Each of these beautiful sea turtles have finally returned to their ocean home! 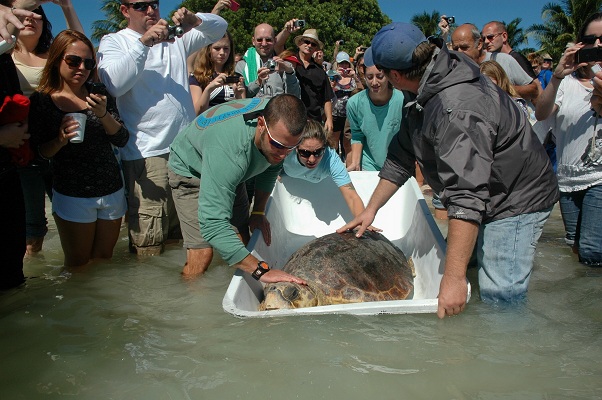 Thank you to all of The Turtle Hospital’s friends and family! We look forward to seeing you on our next release!