Home  » Uncategorized » Working on a Miracle for Moses

Working on a Miracle for Moses

This past Saturday the turtle hospital got a call about a small green turtle floating near Islamorada.  The boaters reported the turtle was trying to dive but was unsuccessful in his attempts.  The boaters also noticed a 8 inch gash on the top of the shell that appeared to still be bleeding.  After instructions from our education staff the boaters were able to get the turtle onboard and a Coast Guard boat was able to take the turtle to the Islamorada station to wait for his ambulance to arrive.  Rehab staff made their way to Islamorada quickly knowing that if the bleeding continued without intervention the turtle could be lost.  When rehab staff arrived at the Islamorada Coast Guard base they were comforted by the fact that about 5 Coasties were sitting with the turtle keeping him company and they also had him wrapped in blankets to keep warm.  Upon examination of the wound staff realized the lung had actually been punctured by the strike and immediate action was needed.  The wound was quickly wrapped with a compression bandage and fluids were given to account for the loss of blood while the Coasties debated the name choice for the turtle.  Once ‘Moses’ was stable and staff felt he was ready to be moved he was loaded into the ambulance and made the nerve racking drive back to Marathon (Rehabber Caitlin was much more nervous then Moses ever was, until she started singing to him that is). 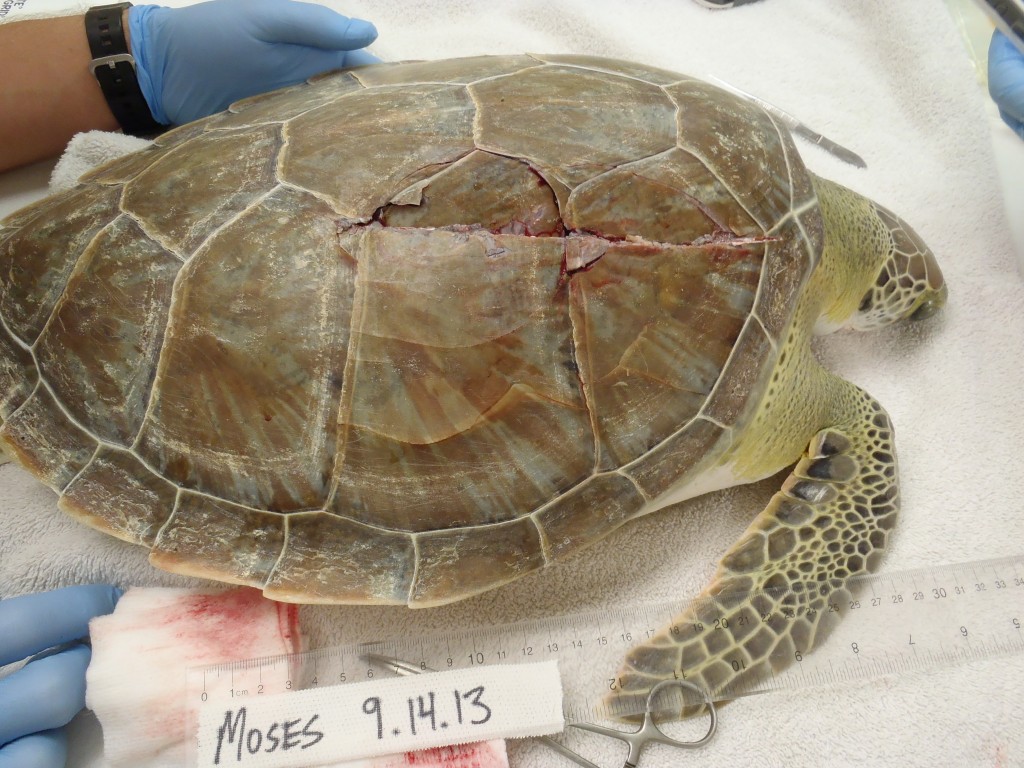 Back at the hospital Moses was reevaluated, rewrapped and more fluids were given.  Despite his severe wound Moses is now stable and has a steady heart rate but because the lung was punctured Moses will need to be out of water for a couple weeks so the lung can heal.  Moses will have checks all through the day and night to ensure he is healing and not becoming dehydrated.  This little turtle sure is tuff and with his resilience we are very optimistic about his healing! 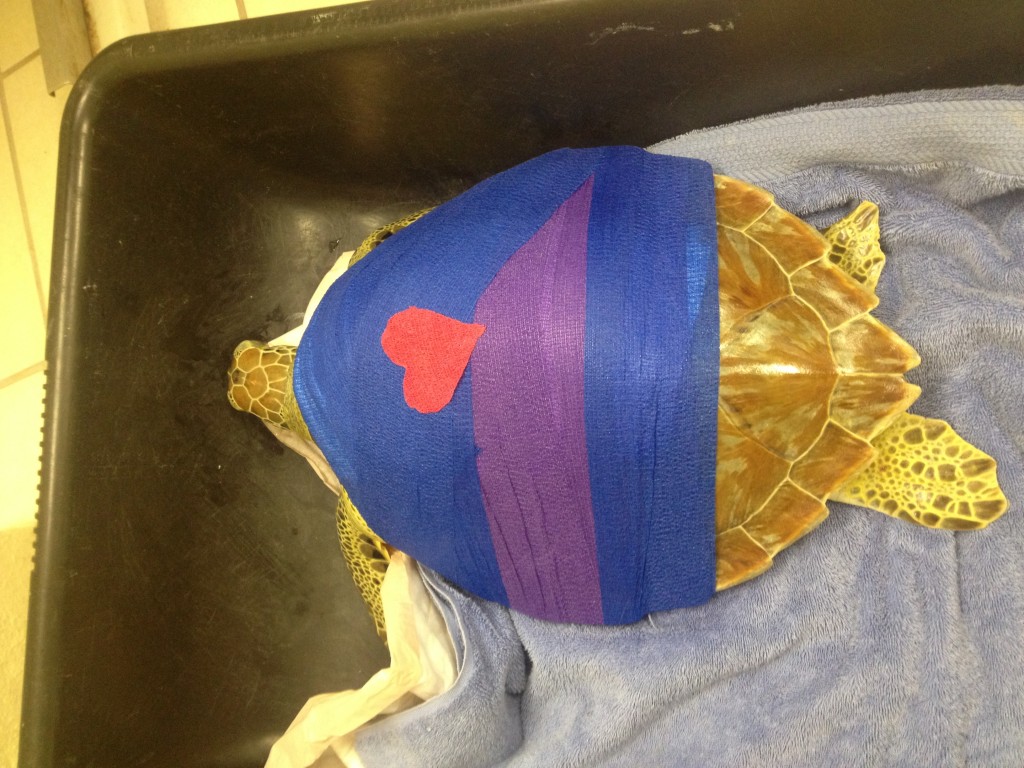 This guys got a lot of love on his side!