Meet Harry, an awesome olive ridley sea turtle! Harry was rescued 6 miles offshore of Harry Harris Park Tavernier, Florida Keys in early February. While olive ridley turtles are the most abundant sea turtle species in the world, they typically aren’t found in the United States. Harry was found floating and entangled in a massive “ghost” fishing net. Unfortunately, ghost nets and fishing gear are the greatest threat olive ridleys face. Harry was rescued and transported in the turtle ambulance to the Turtle Hospital for treatment. Harry was emaciated with life threateningly low blood values and suffered entanglement injuries on all four flippers. Treatment at the Turtle Hospital included broad spectrum antibiotics, IV nutrition, class 4 laser therapy, wound treatment, vitamins and a healthy diet of fish, shrimp and squid. Harry made a miraculous recovery and is ready to return to his ocean home! The Turtle Hospital is excited to collaborate with Loggerhead Marinelife Center to attach a small satellite transmitter to Harry for tracking purposes. Only six olive ridleys have ever been documented in Florida, so having the opportunity to track this turtle is very special. Our hope is that the satellite transmitter made by Wildlife Computers will help biologists understand why this turtle may have been in Florida waters. Please join us on Thursday, August 22nd to help us celebrate Harry’s return to sea. The Turtle Hospital ambulance will arrive at Higg’s Beach in Key West (behind Salute’ Restaurant) with Harry at 9:30 a.m. with release promptly at 10:00 a.m. We hope everyone joins in the fun and follows along with Harry’s journey by checking the turtle’s tracking page found at http://www.turtlehospital.org 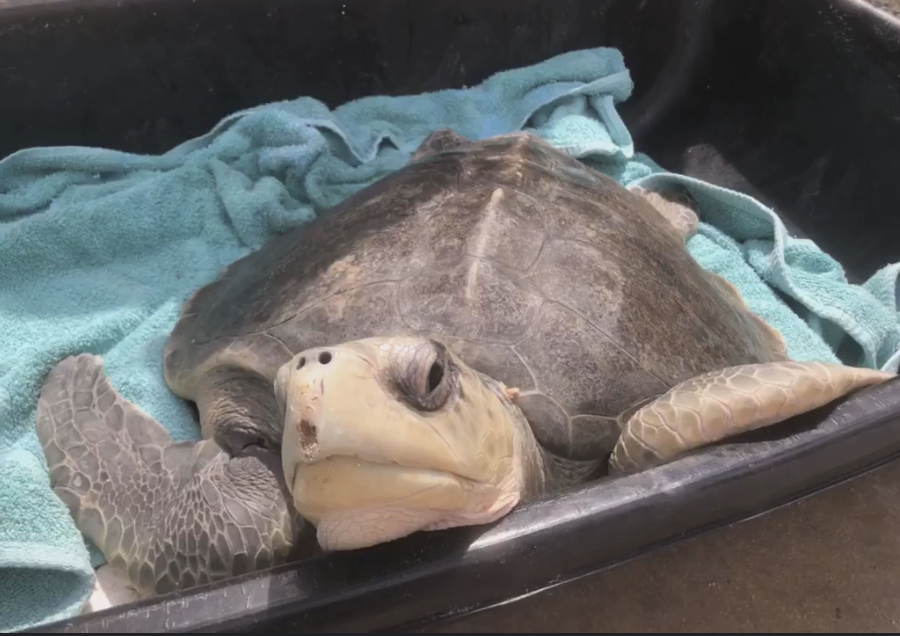